Fresh from the secret lair of boutique-stompbox overlord Robert Keeley comes a Moog-inspired monophonic synth with some hidden tricks.

Don’t people like guitars any more? We seem to be riding a wave of new synth pedals designed to make the trusty six-string sound more like something with keys, knobs and a nerd standing behind it. And now Robert Keeley, the godfather of independent stompbox makers, has joined the fray with a monophonic synth of his own. 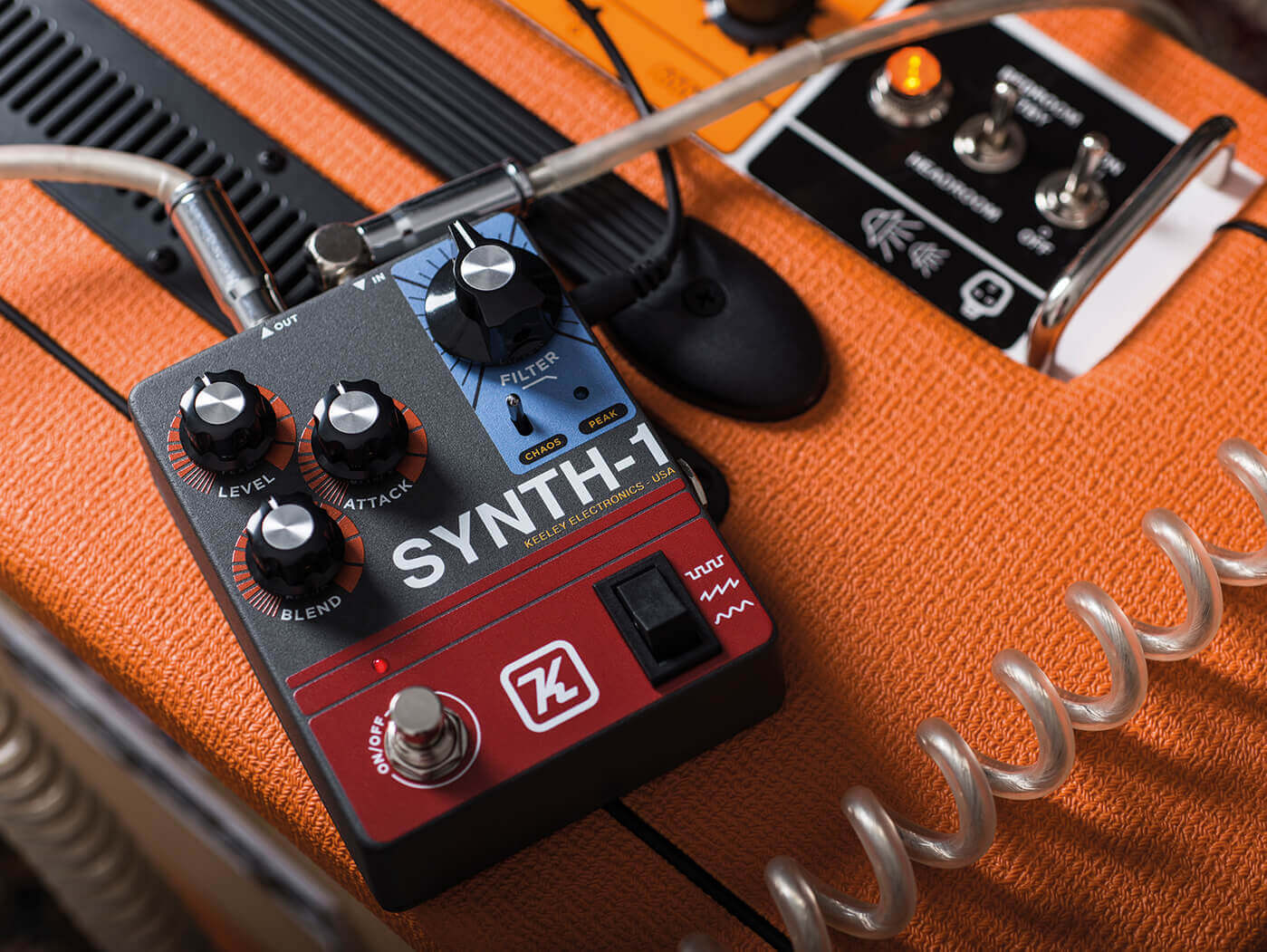 The Synth-1 isn’t as ambitious as a multi-mode box of tricks such as the Meris Enzo, but it is intended to do more than just make squelchy fart noises (although, as we’ll see, it is pretty good at that, too). There are three waveforms to switch between – square, sawtooth and sine – plus variable attack time for slow volume swells, and a Chaos switch that deliberately makes the note-tracking less stable. You also have the option of blending in some of your clean signal.

There’s an outsize filter knob that you might just be able to manipulate with your foot in mid-solo for those classic wah-like analogue synth sounds; and in case you’d rather not risk giving your pedalboard an accidental hoofing, the Synth-1 also has an input for a TRS expression pedal on the side. The in and out sockets are both at the top; and as this is a digital device with a stated power consumption of 70mA, we’re not surprised to see it’s mains only.

We kick off with the blend control set to all-synth and attack at full for the quickest possible response – and the most striking thing we notice right from the start is how different the three waveforms sound. With the filter cutoff frequency set to halfway, our square-wave tone is harmonically rich and very grainy, especially on the wound strings, and plays an octave down from the input signal; the sawtooth sound is more fuzzy and pinched, and back at original pitch; and the sine-wave effect is much more plummy and pure than either of them, with a pronounced portamento slide between notes.

What they all have in common is an almost infinite sustain, effectively holding full volume until the input signal coughs out completely, and solid tracking that only really loses its way when you get up beyond the 12th fret. It’s all very Moogy, and tweaking the filter control opens up a whole world of nothing-like-a-guitar textures, especially if you’re able to ride it with an expression pedal (we used, aptly enough, a Moog EP-3).

The Chaos switch doesn’t quite unleash the slavering hounds of sonic apocalypse, but it does make everything that bit more glitchy and unpredictable – and, in sawtooth mode, adds a Hendrix-style octave fuzz to higher notes. Slowing down the attack time lets you create some nice volume swells – and as the filter frequency follows the same envelope, you’ll hear the tone opening up as the note gets louder, which is a neat effect.

What’s not quite so useful, at least with a clean signal, is the blend control – because a plunky guitar and a buzzy synth go together like chocolate and cheese. Stick a high-gain distortion pedal in front of the Synth-1, however, and the inclusion of a blending option makes more sense. Now your guitar can sound like a guitar again, just with a dash of added lunacy.