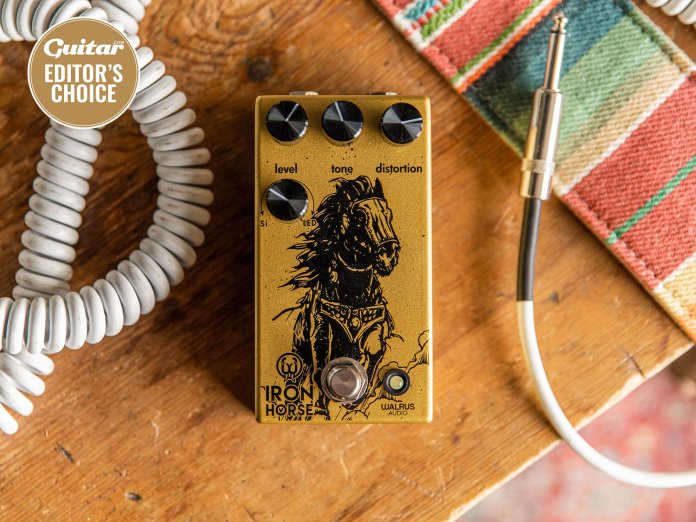 Strangely enough, the last time we looked at the page devoted to this pedal on the Walrus Audio website, its name had been changed from ‘Iron Horse V3’ to ‘Iron Horse LM308 Distortion’. Can you guess why?

We can – it’s because crunch-boxes based on the legendary ProCo Rat and its LM308 chip are sizzlingly super-hot this season. So while this is indeed the third version of the Iron Horse – and V3 is what all the retailers are calling it – it’s hardly surprising that Walrus has chosen to carry out a subtle branding tweak to highlight the pedal’s rodential pedigree.

You can probably blame the crazily hyped (but also crazily good) 1981 Inventions DRV for kicking off the current mania for Ratty distortion, which is characterised by tight bass, aggressive mids and sweetly crisp treble. This, though, is not a simple case of bandwagon-jumping. Well, it couldn’t be: the Iron Horse has been around since 2012.

So what’s new for V3? You might have noticed that the in/out jack sockets are now up top instead of on the sides, which is great news for pedalboard-crammers; but the big difference is over there on the left, where there used to be a three-way toggle switch for selecting different clipping modes. Now we get a knob instead, with symmetrical silicon clipping at one end, LEDs at the other, and the potentially liberating ability to blend between the two.

The other three controls are self-explanatory, but we should probably point out that tone is a standard ‘turn it up for more treble’ job rather than the reverse-wired filter you’ll find on most Rats. 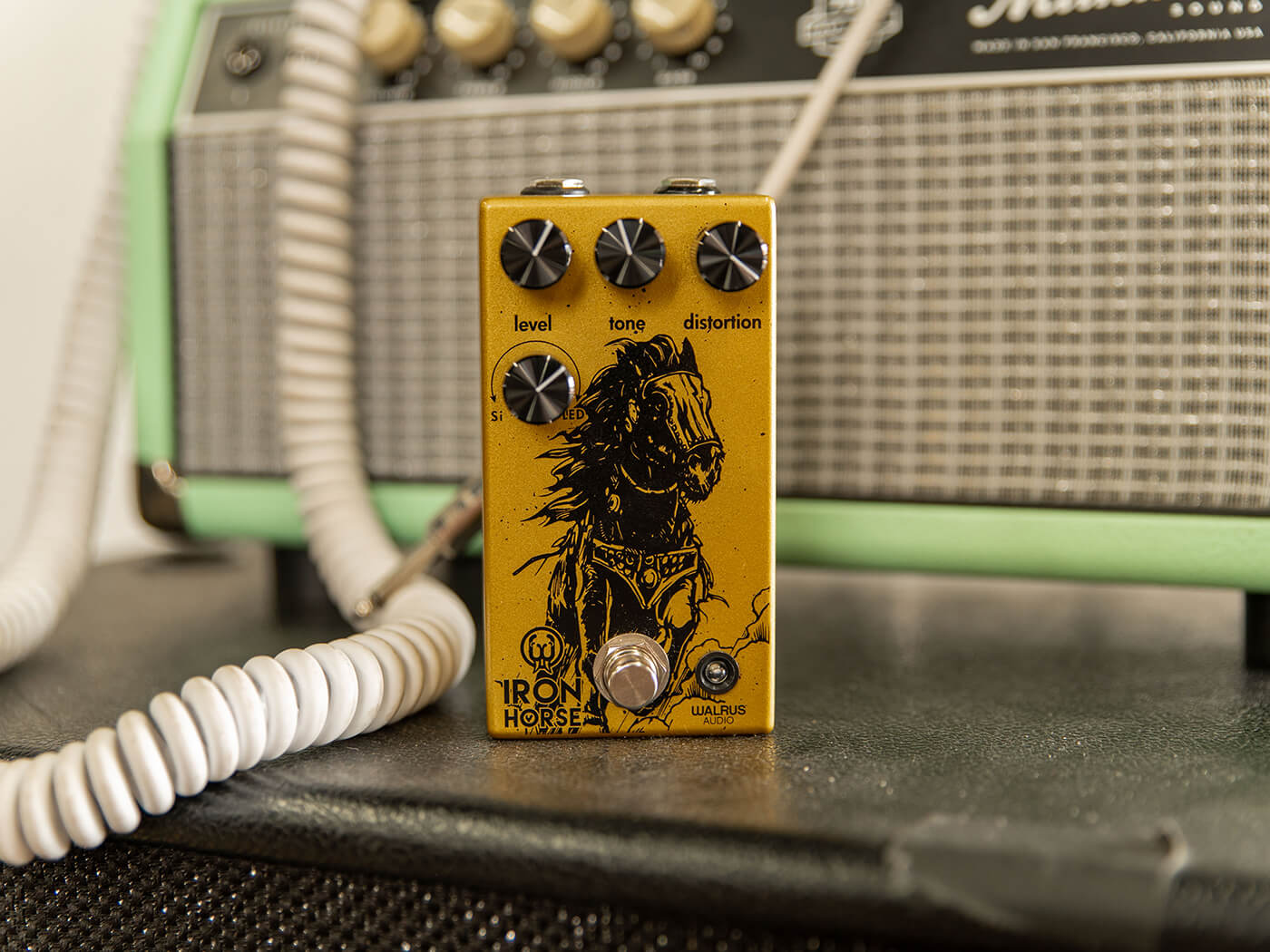 There are people who will argue for hours about what are the best diodes to use in a Rat circuit. Avoid these people. In the meantime, we’re going to start our testing at the LED end of the dial just because we feel like it.

This turns out to be by far the Rattiest side of the pedal (which is odd, because ProCo’s early models were all silicon-based) but even so, there’s enough going on here to make it clear the Iron Horse V3 is a refinement of the formula, not simply a replica.

The familiar snarliness is certainly there, with a gain range that goes from discreetly crunchy to searingly saturated, but this pedal has a smoother midrange than many of the type, with a touch less presence and also less flattening of the guitar’s natural low-end bloom.

Slam it over to the silicon side and this horse really breaks into a gallop: now the mids are practically scooped out, the extra saturation and compression taking the pedal dangerously close to all-out fuzz territory. It’s a whole lot of filthy fun.

There’s just one downside: the LED clipping is so much bigger and louder than the silicon that it totally dominates the blend control. Most of the meaningful mixing of the two sounds happens in a small window between 8 and 10 o’clock, and you have to adjust the volume to compensate for every twist. You might well conclude that a three-way toggle switch – yes, a bit like the one on the Iron Horse V2 – would have made more sense.

Still, once you’ve dialled in the sound you want, you’re unlikely to be griping about knobs for long. If you’re after something broadly Rat-like but a shade more transparent, your search should probably begin here.