R.E.M. were exhausted when they started writing the follow-up to 1989’s Green. By the time they’d finished, they had their first No. 1 record – and a pair of unforgettable hit singles – on their hands. 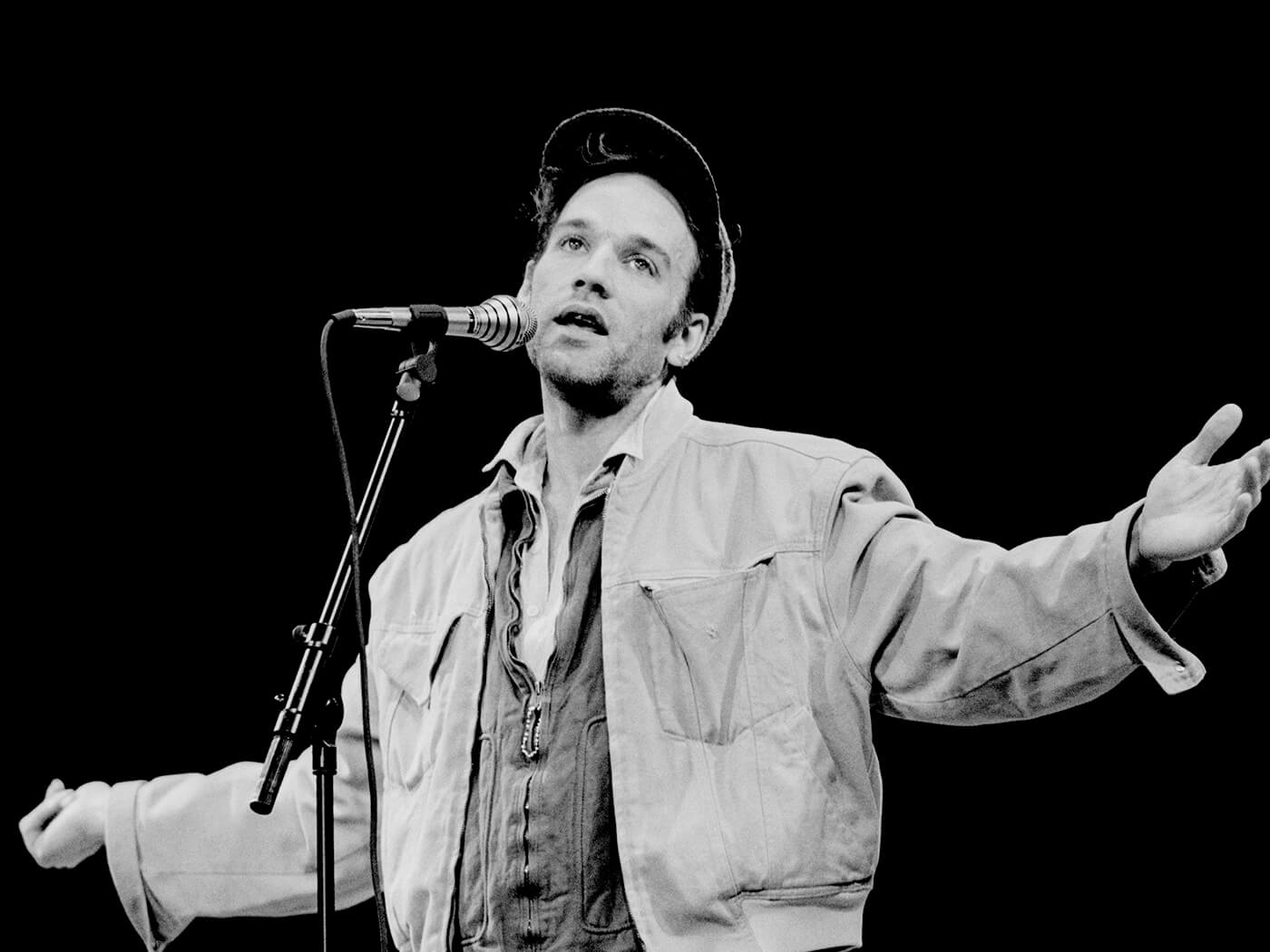 “It’s probably going to redefine pop history,” Michael Stipe predicted boldly of R.E.M.’s seventh studio album ahead of its release in March 1991. Not quite, but Out Of Time was the record that saw the Athens, Georgia alt-rock darlings ascend to the major league on route to becoming the biggest band on the planet.

The way to this refined, creatively unshackled masterpiece, with its two wildly different smash hit singles, was pointed by 1989’s Green. Yet by the time the band returned from touring their first album for major label Warner Bros, they were exhausted, bored with rock ’n’ roll, and wouldn’t take to the road for another six years. The break paid off handsomely, yielding their two most iconic albums – Out Of Time and, only 19 months later, Automatic For The People. Between them, they’ve sold nearly 40 million copies.

R.E.M. were already 11 years into their career, with indie integrity fully intact, when they began recording Out Of Time at Bearsville Studios, NY. Mixing took place at Prince’s Paisley Park complex in Minneapolis, where the band would have snowball fights and watch his Purpleness playing basketball between sessions.

Other records in their catalogue may be cherished more by hardcore fans, but this was the moment when Stipe’s previously introspective and opaque lyrics sharpened into focus, the frontman challenging himself to write about personal rather than political matters. He was rewarded with their first bona fide hits – Losing My Religion and Shiny Happy People.

By this point, it all came naturally to Stipe, as he told The Guardian: “I had a pretty clear idea of what I was good at and how I could manifest that, but also the power of the word… Losing My Religion was instinct.”

Anyone can play guitar

Rejuvenated following the Green tour, R.E.M. began recording demos at producer John Keane’s studio in Athens, unaware they were embarking on the album that would see them crack the mainstream. A spirit of adventure reigned throughout the loose, uninhibited sessions, with band members swapping instruments and Peter Buck reaching for an acoustic guitar, mandolin and keyboard as he sought to escape existing tropes. “I was a little bored with guitar,” he told Rolling Stone. “I had been playing it eight hours a day for all of my life.”

“With Peter not wanting to play electric guitar, we started writing differently,” said bassist Mike Mills. “The songs you write on an acoustic or a mandolin or balalaika, or what have you, tend to be different than what you’d write on an electric guitar.”

Buck’s favourite acoustic at the time was a 1961 Gibson J-200 he’s owned since the mid-80s, and the alluring bright sparkle of his Rickenbacker 360 fitted with 13-gauge Dean Markley strings is still audible in places on Out Of Time. One of the most emulated guitarists on the planet, Buck in turn was influenced heavily by The Byrds’ Roger McGuinn, his urbane playing awash with glinting arpeggios, melodic glissando parts and two-note chords. “As much as I grew up listening to all the 60s stuff when I was a kid, I didn’t want to be a lead guitar soloist,” Buck told salon.com “A lot of Out Of Time was built on an acoustic guitar base, then you [add] bits and pieces, here and there, around it.”

On Radio Song, Buck’s chiming arpeggio opening is replaced by a surprisingly funky feel, swirling organ chords and choppy rhythm playing joined in the outro by an arresting rap from KRS-One. It’s a waspish critique on the mainstream pop that filled the airwaves in 1990, a time when the charts were dominated by the likes of MC Hammer, Vanilla Ice and Mariah Carey. Ironically, within months, Out Of Time’s singles would be pouring out of radios across the world.

The juxtaposition of Radio Song’s brash coda against the timeless minor-key elegance of Losing My Religion is jarring. The riff on this “overture for unrequited love” was written while Buck sat in front of the TV watching baseball and teaching himself to play mandolin. Days later, the band had worked up a full a demo. “I’m a decent guitar player,” said Buck with admirable understatement, “But when I switch to mandolin, everything’s different. I probably wouldn’t have written the chords for Losing My Religion the way they were had I not played it on my mandolin.”

Stipe’s vocal was recorded first take, and the midrange is provided by touring guitarist Peter Holsapple strumming an acoustic, with the strings section added later. “The verses are the kinds of things R.E.M. uses a lot, going from one minor to another,” explained Buck. “You can’t really say anything bad about E minor, A minor, D, and G – they’re just good chords.”

Mills’ Byrdsy Near Wild Heaven is less celebrated, but masterful nonetheless. Filled with joyous West Coast harmonies and the unmistakable sound of Buck’s Rickenbacker, it brings an element of levity to a record that elsewhere broods and simmers. It’s overshadowed by the album’s sixth track and second single, however… 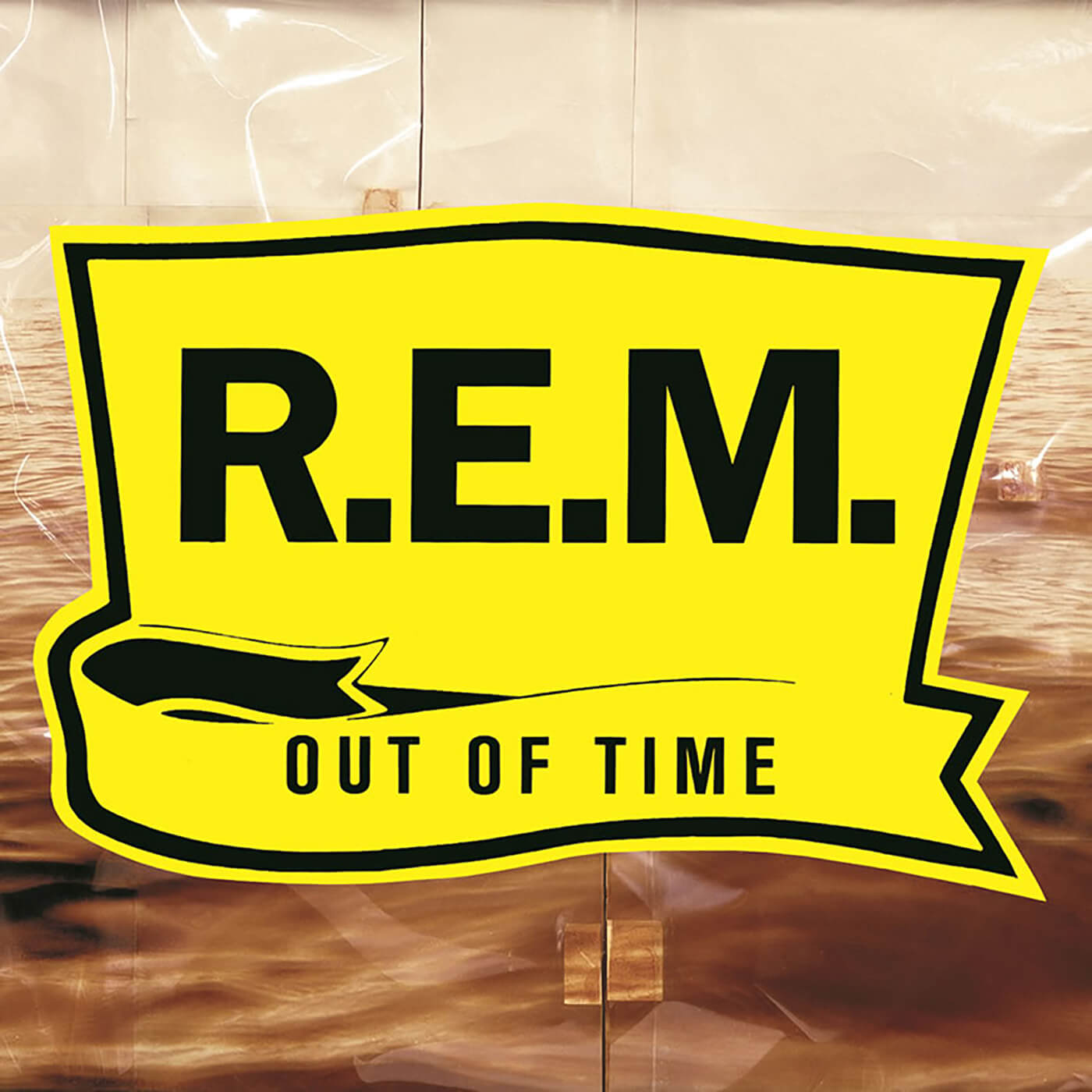 For years, Stipe has seemed embarrassed by Shiny Happy People, dismissing it as “a really fruity, kind of bubblegum song”. Sprouting from chords Mills had been kicking around on the Green tour, its infectious G major scale riff is as memorable as its mandolin counterpart on Losing My Religion. Kate Pierson of The B-52s was brought in to sing harmonies, and at Buck’s suggestion the song switches briefly from 4/4 to 3/4 in the bridge,  an attempt to offset the saccharine overtones. Tellingly, the band rarely played it live.

The weathered Americana of Low, /Half A World Away and Country Feedback are far more introspective in tone, the latter coming from a three-chord progression Buck had been toying with, and featuring Keane on pedal steel and Berry on bass. Stipe walked in part way through an early jam and left quickly to write the lyrics. Within days, it was complete. “I don’t think we recorded it more than once,” said Mills.

Such is the beauty of R.E.M.’s first hit album – it’s a broad mix of styles, unburdened by expectation, the work of a band becoming absolutely massive by doing whatever they damn well please. It won them three Grammys and has sold more than 18 million copies worldwide.

“We did a remarkable job of maintaining integrity throughout a very difficult period and in a difficult industry,” Stipe told The Guardian. “We forged a new path. We created a new way for people to look and approach this and not become an empty puppet or a dog and pony show.”

Five years ago, on the album’s 25th anniversary, Pitchfork noted that Out Of Time “now sounds more like the masterpiece it fell just short of at the time”. And, significantly, not only had R.E.M. created a staggering, triumphant piece of work, they also walked away from the sessions with a completed song left over – the exquisite, stately Nightswimming. The following year, it would appear on an album that would further cement the band’s place as true rock heavyweights, Automatic For The People.