Guitar.com Live: Everything you need to know about Plini

Praised by Steve Vai as “the future of exceptional guitar playing” and now an endorsee of Neural DSP and Strandberg, we give you the lowdown on the Australian virtuoso, Plini 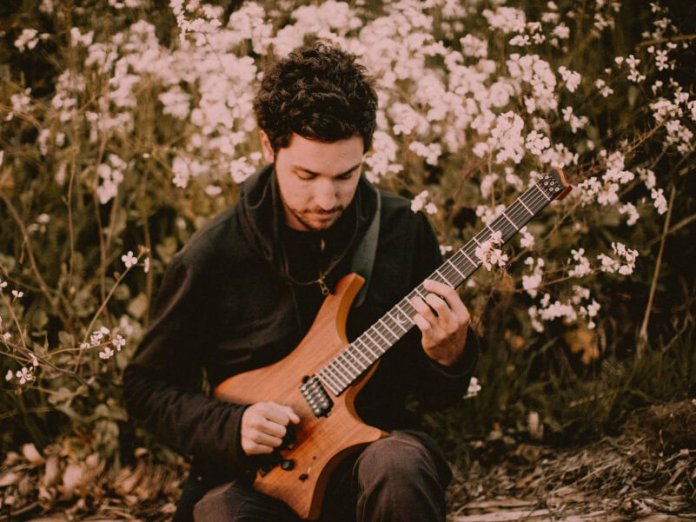 An Australian native, the Sydney-born guitar player began his career under the pseudonym Halcyon, before releasing his second EP, ‘Other Things’, under his own name. Since then he’s released six EP’s and a full-length studio album titled ‘Handmade Cities’, which was described by Steve Vai “one of the finest, forward-thinking, melodic, rhythmically and harmonically deep instrumental guitar records [he has] ever heard.” He was also nominated for Live Guitarist of the Year at the 2016 National Live Music Awards in Australia.

Revered for his instrumental guitar work, he has worked heavily as a session player and collaborator with the likes of Intervals, the French metalcore band Novelists, amongst others. He recently toured in support of Periphery on their US tour throughout January and February, and released two singles, or ‘intervals’ as he refers to them, titled ‘Birds’ and ‘Surfers’ in April of this year. He’s also offered masterclasses at Berklee College of Music and via Pickup Jazz.

Primarily a prog musician, his impeccable technique has allowed him to emerge on to the crowded prog-metal scene as a leading light. A self-taught guitarist and composer, his influences pull from the stalwarts of the shred and instrumental guitar world, from Petrucci and Steve Vai to Guthrie Govan, Periphery and the like. He’s also known to have name-checked Pat Metheny as an influence outside of the traditional shred world.

His technique and characterful style has garnered praise from a multitude of his peers, including the aforementioned Vai alongside Rick Beato and Adam “Nolly” Getgood.

‘Selenium Forest’ is still his most popular video online to date and has been praised for its wide range of melodic and harmonic variety, whilst also showcasing his soulful touch and hybrid technique. ‘Kind’ is also a mesmeric track, effortlessly moving between serene guitar and bass work into visceral legato licks and carefully crafted riffery.

Initially using a Strandberg USA Custom Shop Boden 6, Plini became a fully-fledged member of the Strandberg family in 2017 with the announcement of the Plini Edition Boden. Equipped with Suhr SSH+ and SSV pickups, it’s fitted with a solitary volume pot and the EGS 5 Pro tremolo system.

He’s also famed for his use of the Axe-FX III rack unit and his signature guitar plugin titled the Archetype: Plini pugin from Neural DSP. It’s a fully loaded piece of software that offers a multitude of amplifiers, cab sims and effects to emulate the Plini sound right inside your DAW.

Plini will be discussing his forthcoming new long player and how he pushes the boundaries of progressive rock, talking tones, tips, technique and plenty more besides.

Guitar.com Live is a first-of-its-kind virtual guitar show set to take place across 2-4 October. Alongside Nicholas Veinoglou, heavyweights the likes of Joe Bonamassa, Kenny Wayne Shepherd and Angie Swan will appear at the event.