The Genius Of… The Black Album by Metallica

​Metallica’s decisive self-titled blow gate-crashed both the charts and wider public awareness. Though the record’s cover may have lacked colour, it contained not only their finest collection of songs, but a definitive metal guitar sound.

“You really like this stuff? Are you sure?” posed a bowled-over James Hetfield as he and his power metal pioneers took in the rapturous reception that met them during their 2014 Glastonbury headline slot. This billing, though initially controversial, all but affirmed something that many already knew; that Metallica had long-since grown from the abrasive, eardrum-splitters that conjured the likes of Kill ‘Em All and Ride The Lighting. Owning a Metallica album had ceased being a statement of rebellious metal-tribalism decades prior. Your little sister probably owned a Metallica record.

This broader appeal stemmed from the release of the band’s fifth album. The self-titled,1991 colossus – best referred to by its adopted title of ‘The Black Album’ – delivered a differently scaled version of the thrash titans. While prior album And Justice for All had suggested a more progressive and musically richer direction (particularly evidenced by the Grammy-winning One) it had been mired by subpar production. It’s a slight that nobody would dream of levelling at the immense sonic character of its successor.

Does it sound good out there?

Disappointed with the preceding album’s production, and in pursuit of their defining statement, Metallica recruited Mötley Crüe producer Bob Rock to help them sonically shape a record that would refine the band from semi-niche riff-heads into efficient chart-bothering giants. “They had broken through to one level, but they still weren’t on mainstream radio”, Rock recalled to MusicRadar, “When they came to me, they were ready to make that leap to the big, big leagues.”

Principal songwriters, Lars Ulrich and James Hetfield adjusted their typical track-building approach accordingly, working up a range of hook-riddled ideas. Among the first cuts prepared for the record, were the likes of potent power-ballad The Unforgiven, an early version of Hetfield’s magisterial Nothing Else Matters, the mesmerising, horse-powered riffage of Wherever I May Roam and crucially, a song that would come to define both the album and the band themselves over the ensuing decades, an ominous juggernaut that went by the name Enter Sandman.

Enter Sandman originated with a macabre sounding E minor riff which lurched into A and back in a circular motion. “One thing we spoke about as a band was how much we all like bouncy riffs.” Hammett told Total Guitar, “So I was just sitting there with my guitar at three o’clock in the morning, thinking: ‘Soundgarden, bounce, flattened fifths…’ Almost simulating my mind to those sounds. And then this riff came out and I thought, ‘Whoah, that works!’”

Coupled with some suitably threatening lyrics from Hetfield, the fusion of this irresistibly galvanising guitar part and the allure of the creepy menace coming off the lyric set something of a template for the rest of the album. The ESP-toting Hetfield and Hammett wanted the track to kick with a monstrous size and thus recorded a ‘wall’ of rhythm guitar repeating the same riff. Bob Rock, meanwhile, insisted on greater bass presence in this first Metallica track of the new era (as previously, the band had adopted a low-end light approach). 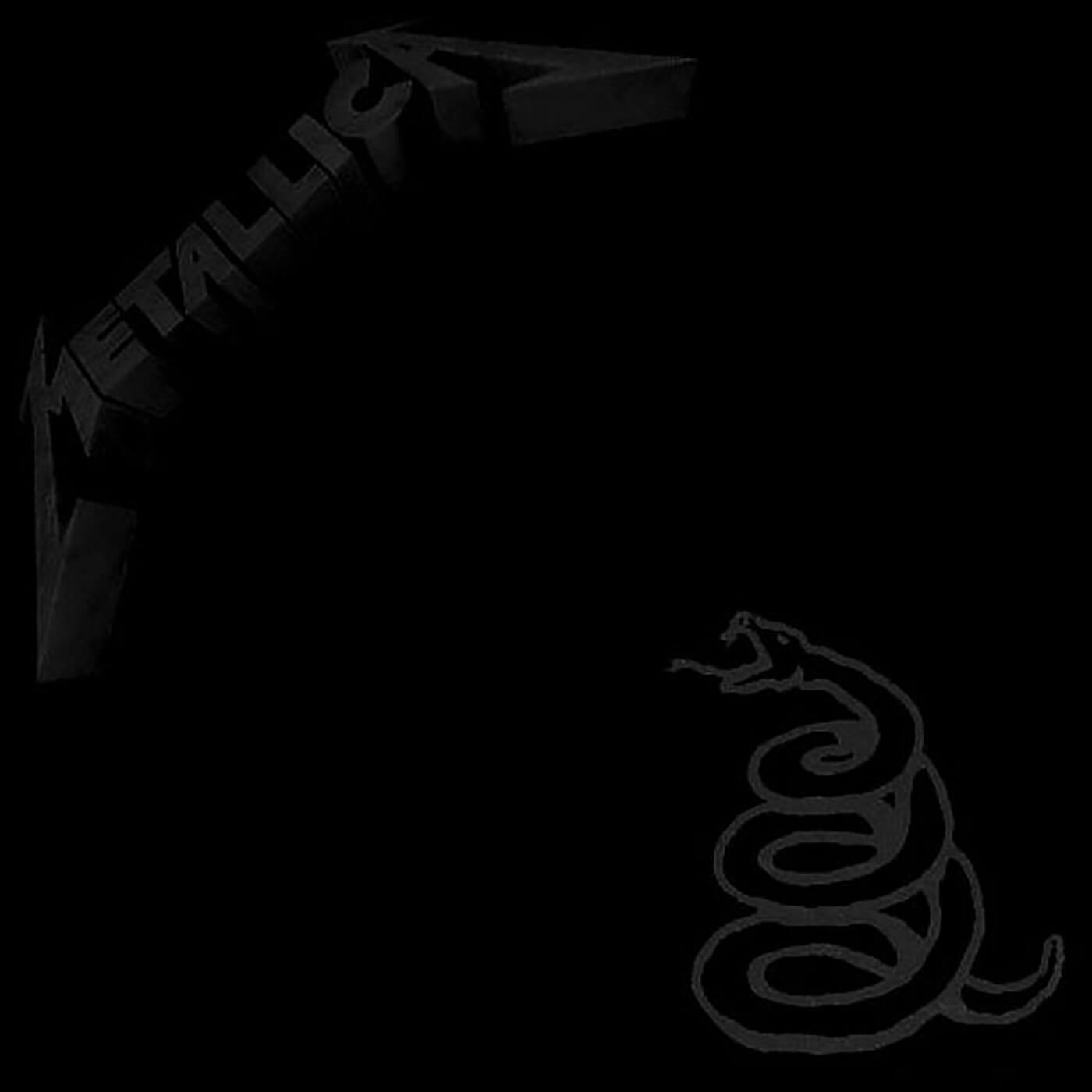 Off to never-never land

Enter Sandman defined a more concise and tightly-focused direction over the often meandering and multi-sectioned arrangements found on prior albums. This approach resulted in more instantly memorable cuts, spanning from the labyrinthine riff of The God That Failed, the helicoptering, palm-muted chugs of Through the Never and the eastern-tinged slink of Wherever I May Roam, which even found the band incorporating a sitar into the expanding stew of sounds.

It wasn’t just in the sharper writing though. The Black Album has a sonic character which dwarfs the band’s previous output. Hetfield had been seeking a perfect scooped midrange guitar tone for years, and during the recording process, realised that blanketing the output of his reliable Mesa Boogie Mark II C+ with the midrange of a modified Marshall amplifier was at the heart of getting the requisite punch. Other gear used to carve the tone included the ADA MP-1 preamp and a Mesa Boogie Strategy 400 power amp. The icing on the cake came with coating his four speaker cabinets with foam walls and blankets, while Bob Rock frequency edited the incoming signal to perfection.

While Hetfield led the charge with forceful rhythmic power chords and dynamic riffs, lead guitarist Kirk Hammett focused on emphasising a lead tone that cut through the robust arrangements. “I used a Bradshaw [preamp] because the mids were clean and the low end sounded real percussive.” Kirk told Guitar World, “I put it through a VHT power amp. The harmonic distortion also sounded nice and dirty. For the highs we used two Marshalls. We combined all the sounds and put it all through Marshall cabinets with 30-watt speakers and blended all the room mics.”

Though the album’s substantial guitar sound gave the band a bigger sonic kick than ever before, it was the undeniable quality and accessibility of its songs that resulted in the album succeeding in its ambition to unlock the interest of a new swathe of listeners. This is perhaps best exemplified by the momentous track that lay at the album’s heart. The bewitching Nothing Else Matters owed a clear debt to Led Zeppelin’s Stairway to Heaven. Playing his white ESP MX-220, Hatfield spun an uncharacteristically graceful and inviting E minor arpeggio. It was seemingly tailor-made to lead new listeners by the hand into Metallica’s twilight realm.

Debuting atop The Billboard Top 200 in August 1991, where it remained for four weeks, The Black Album marked the moment Metallica ceased just being viewed simply as raucous, spandex wearing hellraisers. Though the record packed the most considerable wallop to date, it also presented a much more musically variable and emotionally nuanced band, stacking the sensitivity of the graceful Nothing Else Matters in close proximity to the hefty power of the brutish Sad But True and the headbanger-baiting The Struggle Within.

The more flexible version of the band presented across The Black Album would guarantee a longevity that continued beyond the 1990s, into the 2000s and beyond. Metallica became a fixed foundation of the metal world, even as the misguided youth became enticed by grunge, industrial, nu-metal, emo and pop punk. It would be a safe bet that fans of any of those guitar-oriented genres would have at least one Metallica album on their CD tower. We’d put money on that being The Black Album.

Electro-Harmonix Nano Pulsar review: Is this the best-value stereo tremolo pedal ever?